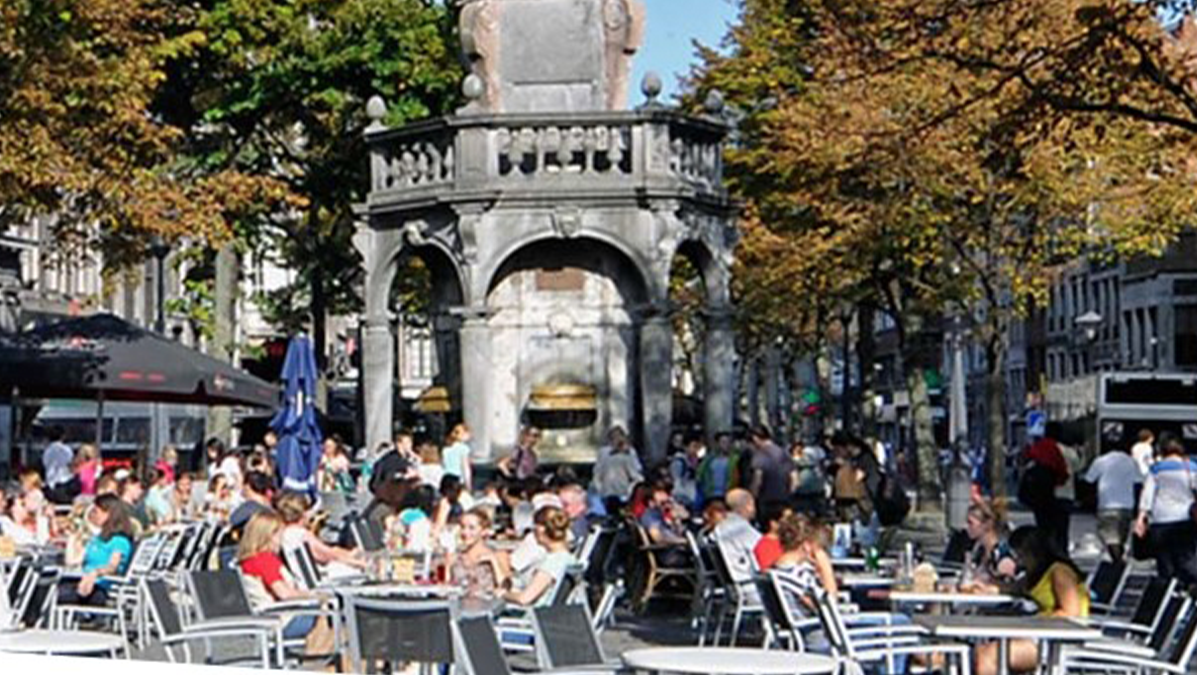 This pleasant square is full of cafés and restaurants, making it one of the warmest and most typical places to live in Liege. The Place du Marché, located at the end of Neuvice, 200 metres from the Hotel Neuvice, is the oldest in the city. From its cheerful terraces stand the two symbols of the Cité Ardente: the Perron and the Hôtel de Ville, nicknamed "la Violette". It is also close to the sumptuous Place Saint Lambert and the ideal starting point for discovering the rue Hors-Château leading to the famous "Escalier de Buren" and the bell towers of the Saint Barthélémy’s church.

The existence of this square dates back to the origins of the town, whose population needed a market to obtain supplies on a daily basis. Since the beginning of the 11th century, the current Rue du Pont (the street that led to the Pont des Arches in the past) and Neuvice, which connects it to the Meuse, where port activities were developed, are reminders of the merchant agglomeration that stretched between the square and the river.

In the middle of the 16th century, the intensity of commercial life in this area led to the appearance of a new market on the banks of the Meuse (the current Batte).

In the past, the Place Saint-Lambert did not exist because the area was occupied by a huge cathedral, so the Place du Marché was the vital centre of the city.