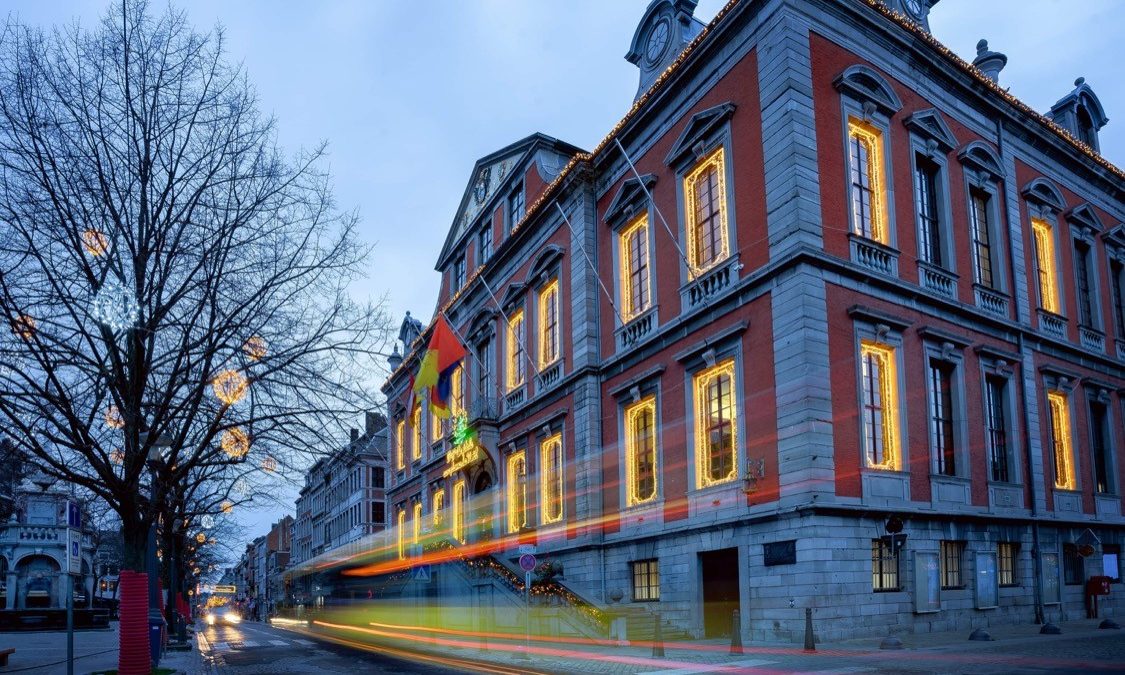 The Town Hall of Liège

Rebuilt after the sacking of Charles the Bold (end of the 15th century) and rebuilt again in the 18th century following its destruction by French troops, the Town Hall is an imposing U-shaped building of alternating brick and limestone. It is located opposite to the Perron, the symbol of Liège's urban freedoms.

Traditionally called "La Violette", probably after the sign of the house that housed the city council in the Middle Ages, the building is accessible by an imposing staircase. The entrance hall is decorated with eight columns, four black stone pilasters and a gallery supported by four oak atlatls.

The town hall has a number of richly decorated rooms, including the majestic council chamber and the former marriage hall, decorated with stucco, marble, tapestries and painted canvases. The Liège City Hall has been recognised as an "exceptional heritage of Wallonia" since 2002.

The Liège Town Hall was the privileged setting for a symbolic event of the utmost importance for the Walloons who resisted the invaders in 1914 in the forts of Liège: on 24 July 1919, in the presence of the Sovereigns, the municipal authorities received the Légion d'Honneur from the hands of the French President in person, Raymond Poincaré. This ceremony was also the occasion for the Amitiés françaises de Liège to present a sword to Marshal Foch, on which a rooster and the Liège staircase were engraved.